With an APY of 3%, Robinhood’s new checking & savings account boasts a rate 50% higher than the most competitive high yield savings accounts (HYSA).  [1] How are they able to do it?  What are the benefits and risks of signing up?

Founded in 2013, Robinhood has been attempting to “build a financial services company that democratizes America’s financial system”.  [2][3] It is considered a “unicorn”, a privately held startup company with a valuation of over $1 billion.  Robinhood recently onboarded Jason Warnick, a VP of Finance at Amazon, as their CFO to potentially help bring the company public. [4]

Robinhood’s main platform is in its smartphone application, allowing its millennial rich demographic to invest in publicly traded companies and ETFs on U.S. stock exchanges.  It boasts no fee transactions.  However, it has to generate revenue somehow.  It does so through interest earned on customers’ cash balances and margin lending, a newer feature.

In early 2018, Robinhood began offering commission-free trading of Cryptocurrency, including Bitcoin and Ethereum.  Furthermore, its user base grew to match E-Trade’s user base, an impressive 3 million users! [2]

A 3% annual yield is quite attractive, when big banks right now offer less than a fraction of a percent and HYSAs offer at most 2% (written 12/14/18).  How is Robinhood able to offer such an attractive yield?  Well, there are few moving pieces, but the biggest few in my opinion are:

There are numerous benefits the new checking & savings account brings to the table.

Here are a few:

With all these amazing benefits, there HAS to be some catch, right?

Well, there are a few risks involved:

With most of my cash savings in an AMERICAN EXPRESS® Personal Savings account, I find the 3% APY is quite attractive compared to the 2% I currently get. 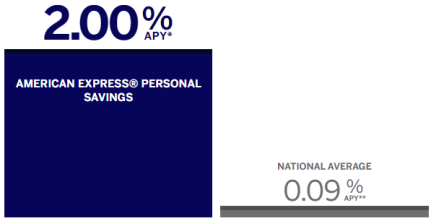 With how my current finances are set up, it would be a nuisance to move all my cash and investments into the Robinhood ecosystem, as most of it has been automated (set it and forget it).  For folks already using the Robinhood app as their main brokerage and are looking for a new checking & savings account, this account is quite attractive.

However, there are risks with being an early adopter, especially with a product that has not yet been released.  Personally, I would wait until January to see if there is a sign-up bonus, and make the decision then.  In the next month, there will also be more information released on the the benefits and risks, which will make the decision much easier.