“If it ain’t broke, don’t fix it”, the old adage goes.  However, when things go awry, are we prepared for the repercussions?  How costly will it be to react blindly, rather than be ready and trained for action? 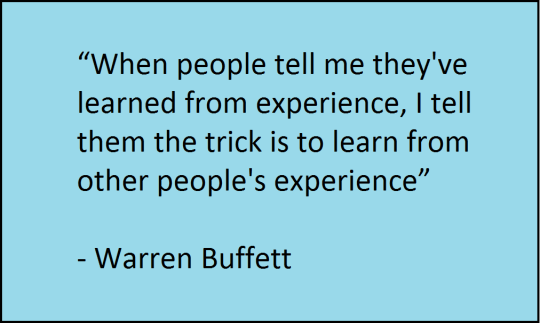 Whether it’s not keeping on top of inventory so a stocked-out item in our Enterprise Resource Planning (ERP) system appears to be in stock when it’s not, to a natural disaster knocking power grids offline, can we learn from these rare occurrences rather than writing them off as a statistical outlier?  Perhaps there’s value in viewing these failures as a process, rather than an outcome (Azadegan).  Everything is fine, until it’s not.

Ashraf Labib and Martin Read detail ten generic lessons that are important for organizations; I believe these concepts can also be applied to personal everyday life.

Here they are in short bullet point form.

Labib, Ashraf, and Martin Read. “Not Just Rearranging the Deckchairs on the Titanic: Learning from Failures through Risk and Reliability Analysis.” Safety Science 51.1 (2013): 397-413.